BBC’s creative team approached Stereo to develop and execute a promotional campaign to launch the ‘Forest 404’ podcast series. The series imagined an unsettling vision of the future where all the world’s forest no longer existed, and it was our goal to bring this to life.

We created a film that lulled viewers in by pastiching Attenborough-voiced nature documentaries before the screen glitched out and corrupted into a world without trees. Our campaign covered TV, outdoor and social channels to spread unmissable urgency about the climate crisis.

BBC Forest 404 became a hit podcast thanks in no small part to the anticipation created by our disruptive launch campaign. 20 digital screens across London generated front-of-mind awareness, while the broadcast TV spot aired during prime time slots on BBC channels. 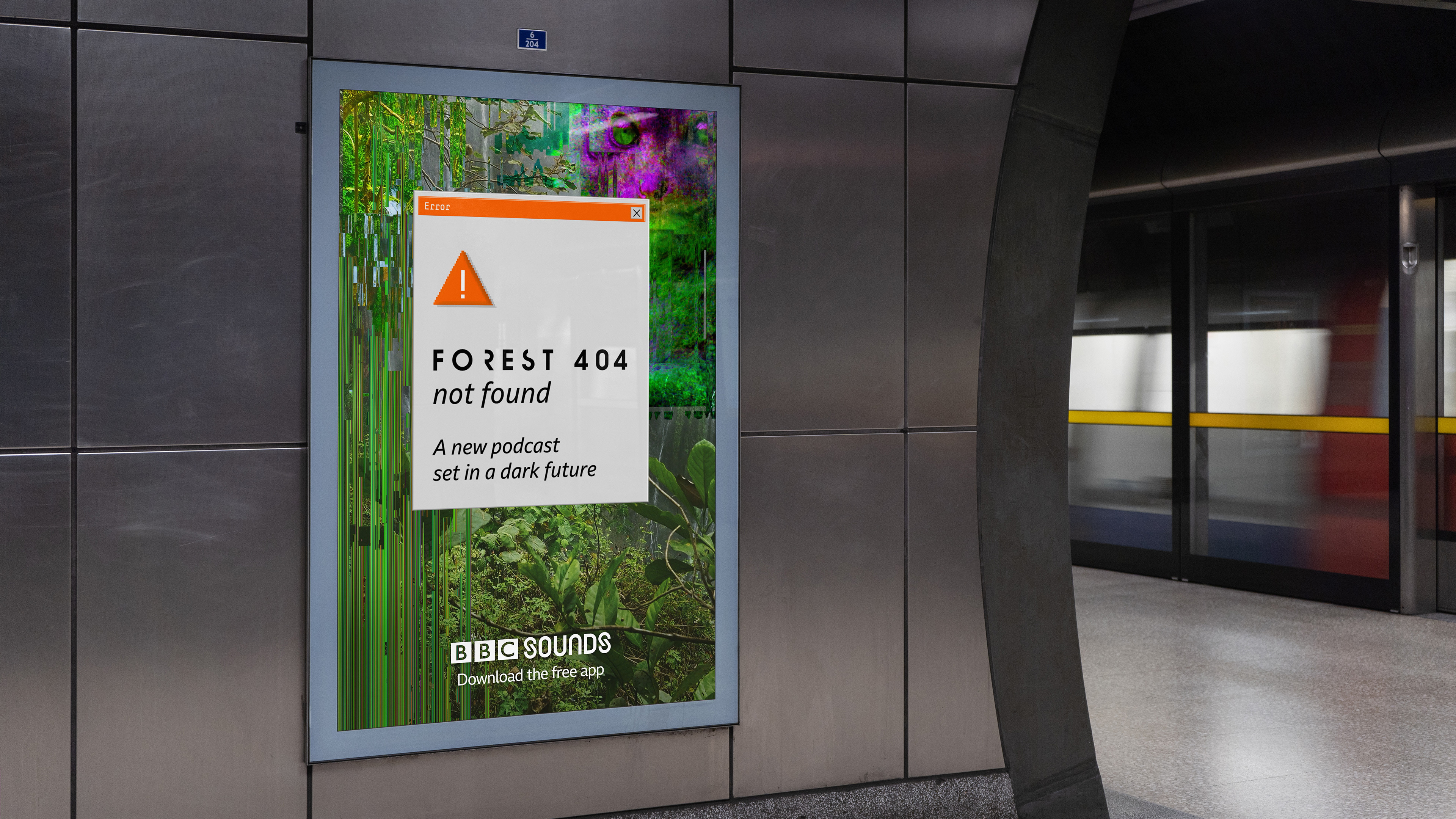 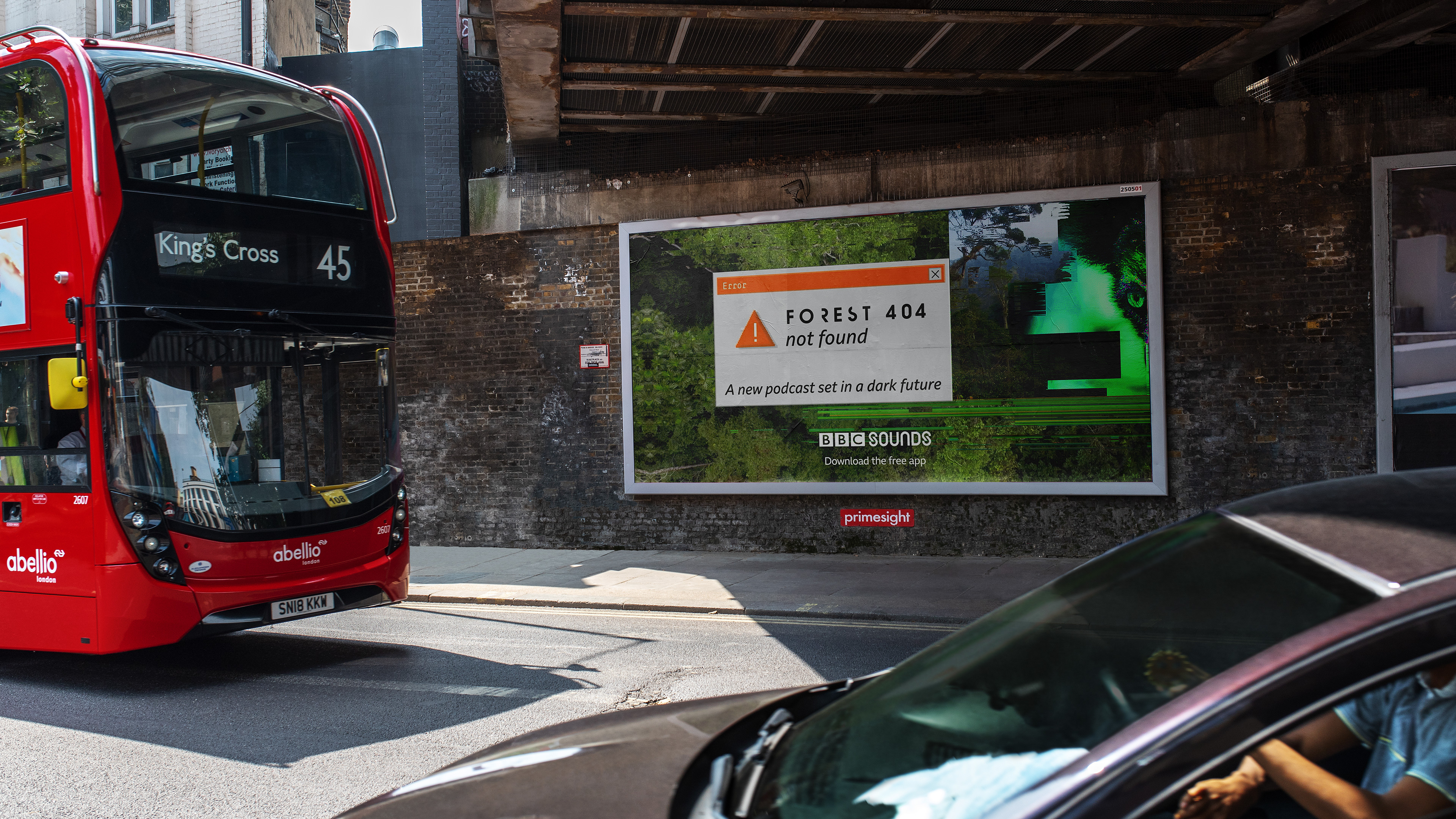